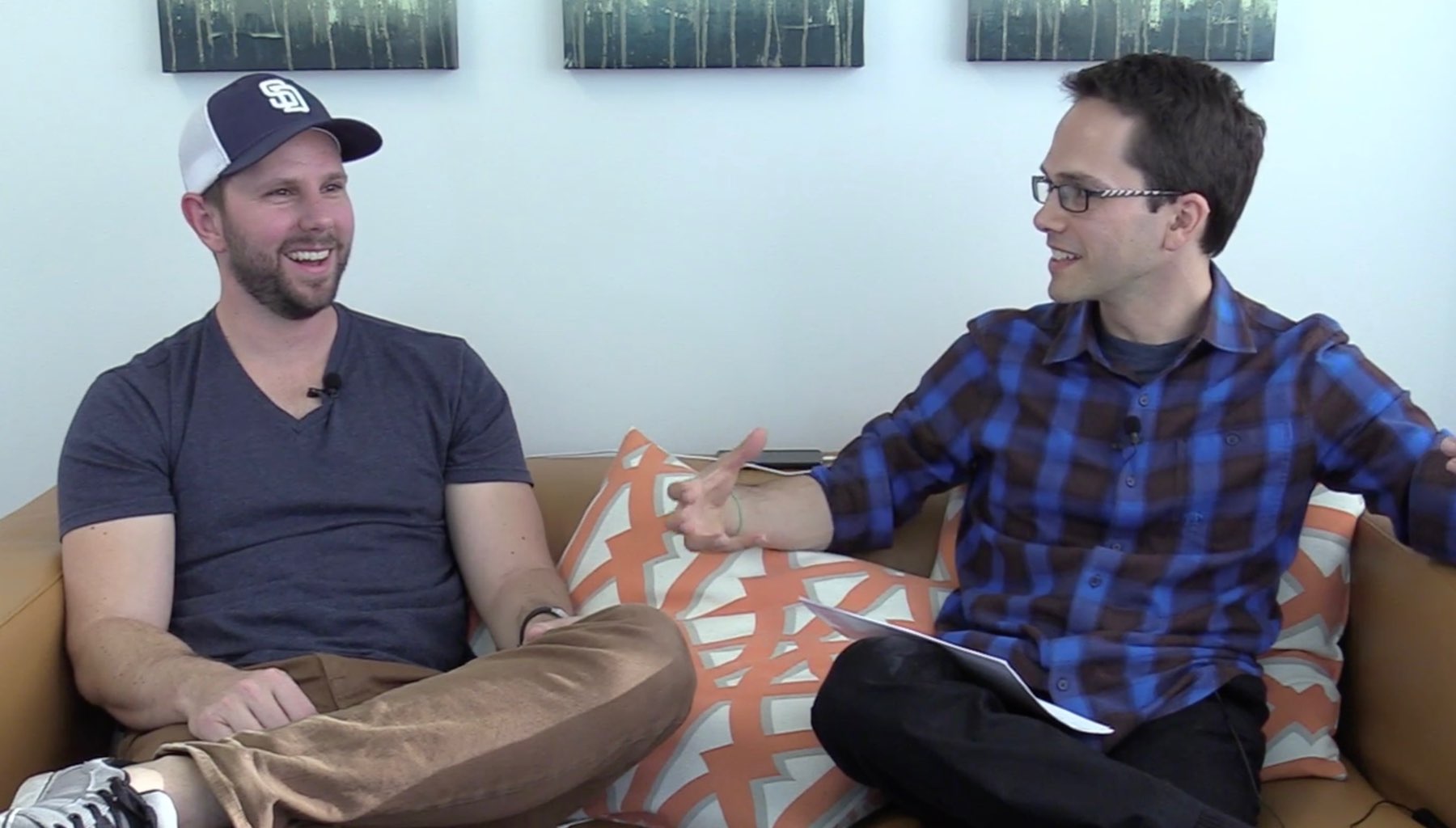 Ben discovered his passion for data early in his career when he was working the help desk at MCI telecom, back in 1997. Using Microsoft Access and Excel he helped create reports for the sales teams that provided key metrics, allowing them to work more effectively. After Verizon bought MCI and laid everyone off, he jumped right into business intelligence consulting.

Eventually settling in San Diego, Ben ended up working for Mozilla with the title “Data Geek.” There he helped the Firefox and Firefox OS team analyze data, error rates, and usage. It was during this time that he discovered his passion for teaching, and began to teach courses for Pluralsight.

On Pluralsight he currently has 13 different courses mostly covering Tableau, an interactive data visualization product, and D3, the JavaScript library for creating data visualizations on the web. I took Ben’s D3 course on Pluralsight and very much enjoyed it. More recently he started publishing a few courses on Lynda.

Working with Ben taught me a lot about the value of data, and overall business intelligence. At the company we worked at together, he transformed the organization by enabling data based decisions. – John Powers *MBA, ITILv3 Expert, ISO20000

During the interview Ben stressed the importance of setting up data collection properly when you’re starting a company. One way to do this is by using Apache Kofka in order to have a single source of truth throughout the system. Instead of having multiple places where user data is stored, necessitating that multi-source data be correlated and reviewed for accuracy before use, Kofka would would combine all the data in a central location.

One of Ben’s most poignant Data Geek moments came when he worked at Bridgepoint Education in San Diego. He created a prediction engine, which could predict within 90% confidence whether or not a college student would graduate from their online program, and could do so within 2-3 weeks of a student starting the program. As you might imagine, this insight led to a lot of organizational changes that helped improve graduation rates.

“Data is all around us, it shapes so much of our lives. Even small little changes or efficiencies can lead to dramatic changes in the world” – Ben Sullins

More recently Ben has discovered how to combine his passions for teaching and business intelligence, and created a successful youtube channel. He created Teslanomics, where he decodes the economics of Tesla. Since November 2016 his channel has grown from 600 subscribers to over 10,000. As someone who personally enjoys teaching technology online, I’m definitely going to be watching his channel.