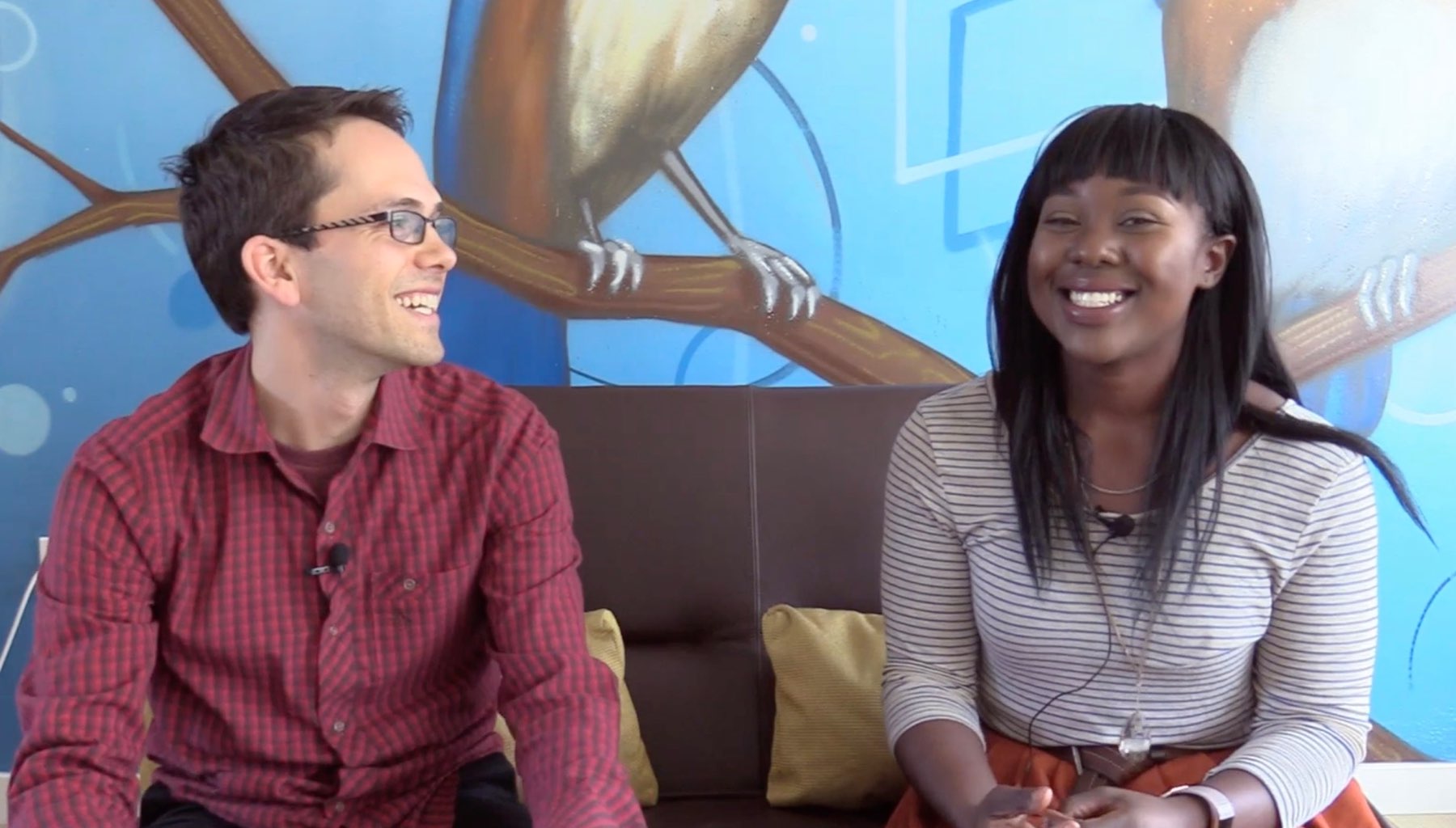 After college, Shana Moore found herself working in administrative support, a job that she wasn’t passionate about. After several years of feeling unfulfilled, she discovered that she had a passion for coding. Roughly two years after that discovery she’s now a full-time software engineer and just returned from speaking at Rubyconf Australia. Her story of following her passion, having a growth mindset, and changing careers is nothing short of inspiring.

Like others in her field, Moore’s passion for code initially came from learning how to manipulate data in excel. She also wanted to build a mobile app for her successful youtube channel covering beauty, the Painted Lips Project. She dove into self-learning with websites like Code School, Team Treehouse, Lynda, and Skillcrush. She also began attending developer meetups in San Diego such as Full Stack Talks and Girl Develop It.

After finding her way to Railscamp in September 2015, Moore found a passion for Ruby and Rails. This led her to Railsgirls Los Angeles, where she built her first Rails project. Hungry to learn more she applied to the Rubyconf scholar program, which got her a free ride to Rubyconf in Texas where she had a mentor, my friend Jay McGavren (small world). She accomplished all of this while continuing to work a day job that had nothing to do with coding.

If you’re not uncomfortable you’re not growing, so embrace those challenges and discomforts – Shana Moore

Around the same time Moore began to crave a more structured learning path in order to acquire all the skills she needed to make a career switch. To avoid the cost of a full-time bootcamp, she decided on FlatIron School’s Online Web Developer program which she could complete in her spare time.

The time for a change was thrust upon her when she was laid off from her job 3 months into the 7-month online program. Frightened by this change of events but still determined, she focused all her efforts into completing the program. After completing the program she landed a software development internship with Qualcomm, through her involvement with Girl Develop It. Two weeks after the internship was finished she was fortunate enough to find a job as a Software Developer at Verve, which also came from a contact she made at meetups. Today she’s getting paid to code full time and she just came back from speaking at Rubyconf Australia.

The best thing about Shana’s story is how many of her career stepping stones came from getting involved in the programming community. From Girl Develop It to Rubyconf, she found ways to get involved, meet people, keep learning, and discover new opportunities. It wasn’t easy, but she knew when she found herself in difficult or uncomfortable situations, she turned them into opportunities to grow and learn.

You might be wondering what this has to do with Open Source. Without common code from which educational resources and schools can flourish or local events where people share and teach common code, stories like these would not be possible. Open source enabled Shana to change her career and become a programmer in less than two years. That’s both inspiring and worth talking about.