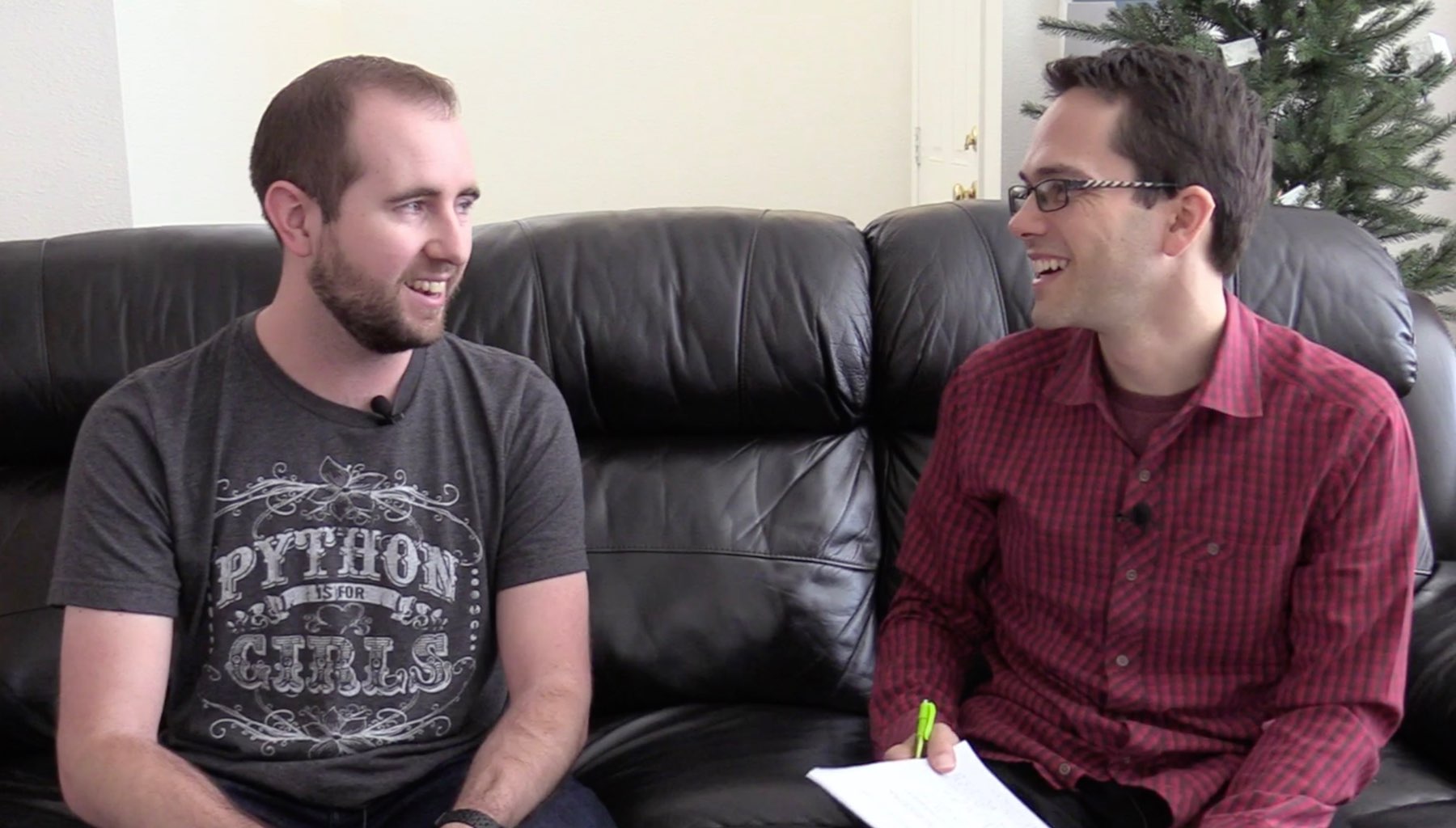 The second interview I did while in San Diego was with Trey Hunner, a Python trainer, community leader, and director at the Python Foundation. Trey had just returned from PyCaribbean (in Puerto Rico) where he spoke on Regular Expressions.

I was surprised to hear that Trey was able to jump right into freelancing out of college, though it sounds like he was underpaid at first. Over time he was able to increase his hourly rate and find additional work primarily through local tech meetups, where he networked and gave lightning talks.

Getting up in front of a crowd and giving a talk is one of the best icebreakers, because then everyone in the room has a thing to talk to you afterwards. – Trey Hunner

After volunteering at free workshops for the San Diego at the Python users group he discovered a passion for creating curriculum and teaching workshops. This led to his first paid training gig when a big local company asked him to do a workshop for their team. Since then Trey stopped doing consulting work to focus on his passion, technical training under his company truthful technology.

Aside from training and giving talks at local meetups, Trey also runs a weekly live Python chat where he speaks on a variety of Python related subjects along with guests. Over the last 2 years also he’s also helped organize and run several Django Girls events, which aim to inspire women to fall in love with programming.

Trey inspires me with his love of programming, his impact as a teacher, and his selfless leadership. While Trey is both an excellent Python and JavaScript developer, he has a gift for sharing his knowledge with others. He explains difficult concepts clearly, patiently demonstrates them with examples and encourages questions.
– Carol Willing - Director at the Python Software Foundation

If I had a team to teach Python or Django, Trey would certainly be the first guy I’d call. By the end of the interview I was inspired by his entrepreneurial spirit, his growth mindset, and his kind nature.