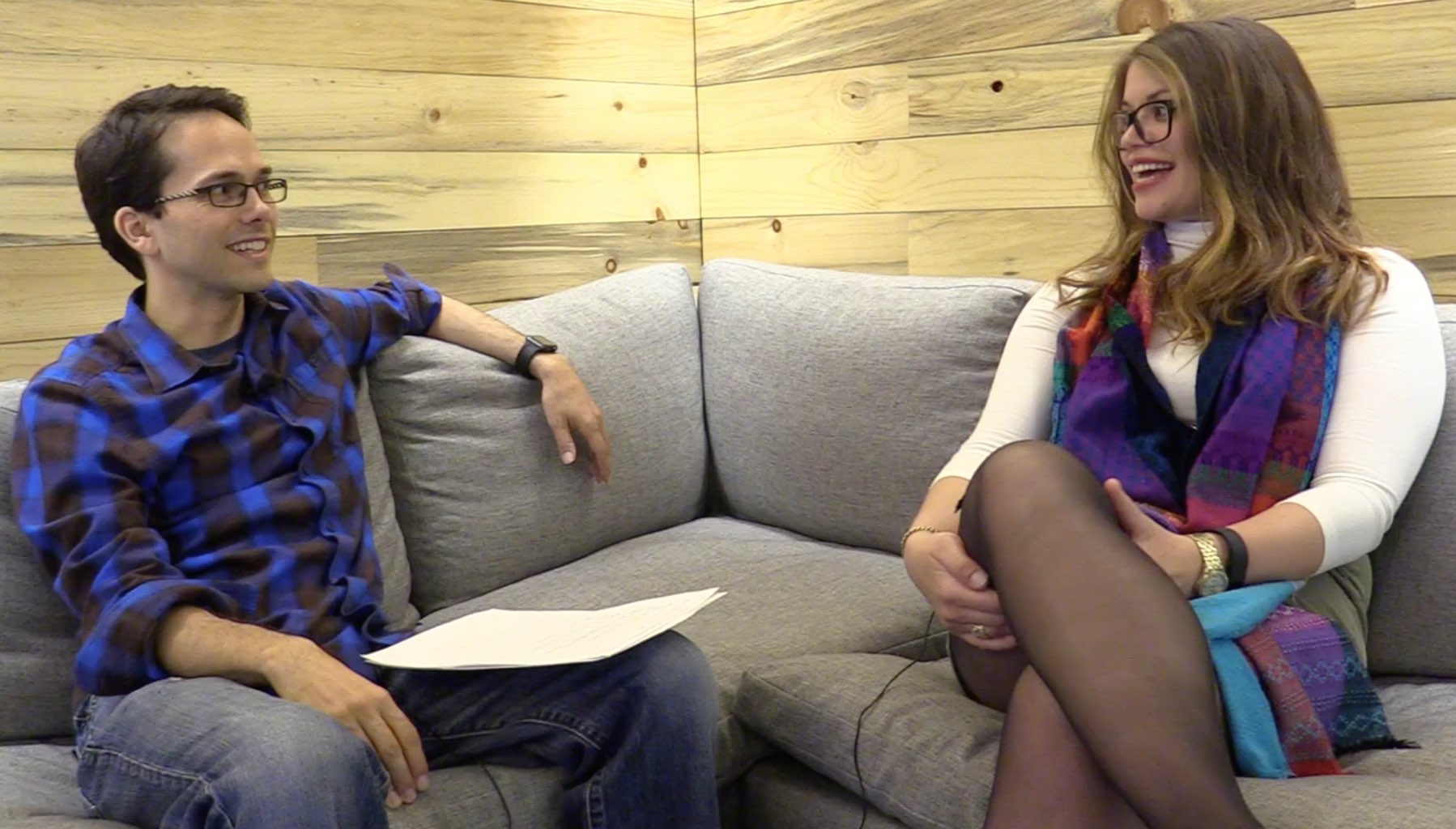 Lorena Mesa has an amazing drive to learn and a strong ability ask for exactly what she wants. I wish I had been nearly so bold early on in my career as a programmer. With a B.A. In Political Science & International Studies and a masters in Latin American & Latino Studies you might wonder how that led Lorena Mesa to be a Data Engineer at Sprout Social. I know I was curious.

Attending Northwestern University for Political Science in 2008, and being near Chicago, meant Lorena had the opportunity to work in then Senator Obama’s office, followed by his presidential campaign. It was during this campaign which she began to use data to ask politically themed questions. There, as an intern, she sparked her passion for using code to make data meaningful and effect change.

For her master’s thesis she wanted to understand the impact of the mortgage crisis on undocumented Latinos in the Chicagoland area. The data for this didn’t exist so she had to learn how to correlate it in a meaningful way, learning GIS, R programming, and Python. She used code and data to create visualizations to better inform decision makers.

Lorena is a cheerful Pythonista who brings a bright vibrance, warmth, and energy to all of the events that she organizes. She’s a fierce supporter of the causes that she cares about and a passionate local advocate. Thank you, Lorena, for all that you do for the Python and women in tech communities in Chicago. – Safia Abdalla, Independent Consultant & PyLadies Co-Organizer

After graduating Lorena began to get involved in the Chicago Python Users Group as well as Code For America in Chicago which has grown into Chi Hacknight, Chicago’s weekly event to build, share and learn about civic tech. Unhappy about the absence of people of color, the absence of women, and how technically advanced some of the talks were, she saw a need she wanted to fill. After reaching out to a few mentors in the community to get advice, she decided to start the Chicago PyLadies chapter. PyLadies mission is to promote, educate and advance a diverse Python community through outreach, education, conferences, events and social gatherings.

After going to many local meetups, hackathons, and Girl Develop It workshops Lorena realized it was time to get more serious about learning code. She wanted to find a program that best fit her learning style, which turned out to be Dev Bootcamp Chicago. After graduation she went right to working at Sprout Social where she’s been for three years. Jess Unrein, from PyLadies and Sprout Social said this about her;

I’ve known Lorena for about three years, and in that time she’s started communities, advocated on behalf of people who are unable to speak up, and also run a few marathons in her spare time. She’s encouraged me every time I doubt myself, and she’s always right. Working with her first with PyLadies and now at Sprout Social has been an honor and a privilege. – Jess Unrein, Software Engineer

Lorena is also a director at the Python Software Foundation (PSF) just like Trey Hunner the Python teacher I interviewed in San Diego. At the PSF she helps spread the word about the roles of the foundation, one of them providing grants to projects that evangelize Python, like meetup groups. She’s also helping create documentation on how anyone can run their own PyCon conference in their area, to help empower their local communities no matter where they are in the world or what language they speak.

As a part of the new data science team at Sprout Social, Lorena is passionate about exploring is the ethics of data collection, something I’d never heard about. More specifically data ethics asks what is the lifecycle of data, when does it need to get deleted, what auditing should be done, how accessible is the data, and how can it be used. Given that 90% of the world’s data has been created in the last 2 years alone, this is sure to be a bigger topic into the future. I feel relieved knowing that Lorena is on the job.